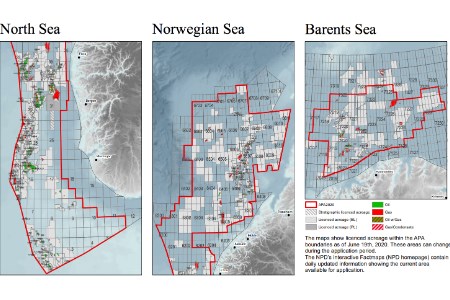 The pre-defined areas include 36 blocks in the North Sea, Norwegian Sea and Barents Sea, with awards expected to be made during 1Q21.

"The APA rounds include large parts of the open, accessible part of the Norwegian Continental Shelf. Even after decades of activity, there are still opportunities in these areas. Due to new technology and a multitude of new players, I believe we will see new discoveries in the areas available in this year's APA round," said Minister of Petroleum and Energy, Tina Bru.

Read the article online at: https://www.oilfieldtechnology.com/exploration/19062020/36-offshore-blocks-on-offer-in-norways-2020-licensing-round/