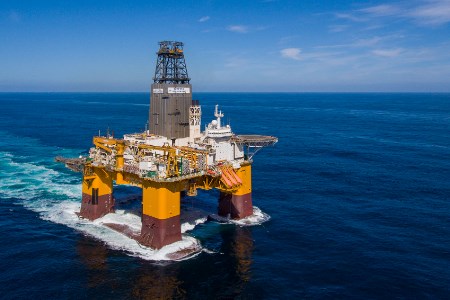 The well was drilled about 7 km north-west of the Snorre field in the North Sea and 160 km west of Florø. The objective of the well was to prove petroleum in reservoir rocks from the Late Triassic-Early Jurassic (the Statfjord Group).

Well 34/4-18 S was drilled to vertical and measured depths of 2963 and 3015 m, respectively, below sea level, and was terminated in the Raude Formation from the Late Triassic.

The water depth is 360 m. The well has been permanently plugged and abandoned.

Well 34/4-18 S was drilled by the Deepsea Stavanger drilling facility, which is moving on to drill wildcat well 35/10-8 S in production licence 293 B in the North Sea, where Equinor is the operator.

Read the article online at: https://www.oilfieldtechnology.com/exploration/11032022/equinor-drills-dry-well-near-snorre-field/