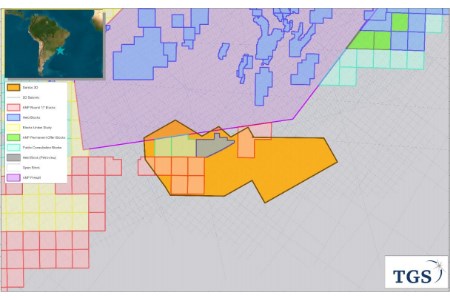 The survey is located south of the high-profile discoveries in the Santos Basin and the recent sought-after blocks offered in Rounds 15 and 16. The acquisition of 17 500 km2 of the 23 000 km2 is complete.

Kristian Johansen, CEO at TGS, said: “We are pleased to have completed this survey acquisition as it further strengthens our data library and position in South America. The Santos Basin is one of the most prolific exploration basins in the world with a high potential for further discoveries in deepwater. TGS will continue to prioritise Brazil as it offers numerous world-class petroleum basins with some of the globe's most exciting oil and gas exploration opportunities.”

Full volume fast track data will be available in August 2020 with final data expected in 2Q21.

Read the article online at: https://www.oilfieldtechnology.com/exploration/09062020/tgs-completes-santos-basin-survey/