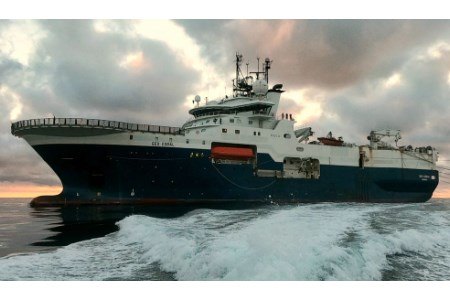 “We see a solid, consistent level of activity in Australia where we have multiple projects booked in 2021”, said Irene Waage Basili, CEO of Shearwater. “We observe increasing regional demand for our vessels equipped with high-end technology, which is reflected in backlog and utilisation.”

The approximately two-month survey is expected to commence in 3Q21 covering an estimated 2700 km2, employing the Geo Coral (pictured) using a multisensor streamer system with a variable streamer spacing configuration.

The November/December issue of Oilfield Technology begins by reviewing the state of the North Sea before moving on to cover a range of topics, including Drilling Technologies, Deepwater Operations, Flow Control.

Read the article online at: https://www.oilfieldtechnology.com/exploration/05032021/shearwater-geoservices-awarded-otway-basin-3d-survey/