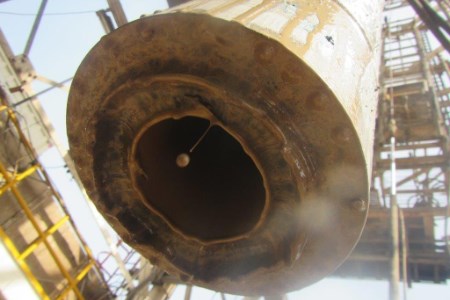 Over the last six months four drilling teams from three major Middle East operators deployed the HyPR™ stuck pipe solution. All successfully cut their drill-strings in a matter of hours, a 100% success rate. One UAE operator severed its drill-string in a record-breaking 60 minutes, after getting stuck due to heavy losses.

Churchill’s HyPR is a stuck pipe solution, pre-placed in the string, that enables operators to reinitiate operations rapidly. The technology requires no additional topside equipment or personnel.

Nicholas Kjaer, Churchill’s General Manager in the Middle East and Asia, said: “Stuck pipe usually halts drilling operations until the pipe can be freed – adding millions of dollars to the cost of a drilling campaign. Operators no longer need to incur days or even weeks of delay while specialist equipment and personnel are mobilised. The HyPR now enables operators to sever their drill-string in a matter of hours, which means drilling teams can get back on track quickly and safely at low cost.”

Kjaer added: “The HyPR’s first four severs took place in the Middle East, which reflects our operators’ willingness to push the boundaries of innovation and lead the industry. Recognising the significant savings the HyPR HoleSaver can deliver, demand in the region continues to increase further establishing Churchill as the industry’s leaders across downhole circulation.”

Read the article online at: https://www.oilfieldtechnology.com/drilling-and-production/30102019/churchill-records-successful-drill-string-severs-in-middle-east/