The Petroleum Directorate of Sierra Leone, in partnership with GeoPartners and Getech, have announced the re-opening of the 4th licensing round as of 21 May 2019. This includes a direct tender for licensing applications where 50% or more of the area is in water depths in excess of 2500m (deadline 20 September 2019) and an open tender for other licence applications (deadline 22nd November 2019). 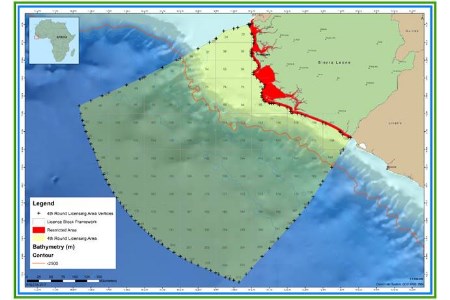 The 4th licensing round represents an opportunity for investors to look again at this under-explored region, where blocks are available from near-shore to ultra-deep waters.

There will be a promotional roadshow at the Institute of Directors, Pall Mall, London, on 7 June 2019 at 9:00am. The presentations will provide an opportunity to review and discuss the exploration opportunities, the contractual and fiscal terms, and the legal framework for upstream petroleum activities in Sierra Leone.

Read the article online at: https://www.oilfieldtechnology.com/drilling-and-production/30052019/sierra-leone-announces-re-opening-of-4th-licensing-round/