Dr Nick Warren CEng FIChemE FCMI, looks at the state of the upstream industry and considers the role to be played by the Digital Oilfield in shaping the future. 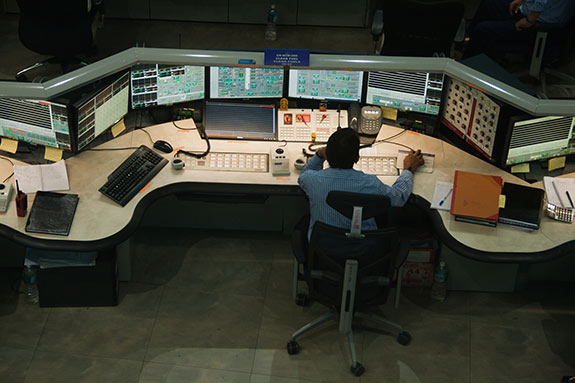 There are 94 oil and gas producers listed on the UK AIM market. They face unprecedented difficulties securing finance, dealing with depressed prices, and assimilating technological advances. The pace of change is accelerating. Fracking is a good example. This has rapidly opened up a massive new tranche of hydrocarbon reserves with implications that the world (and industry) is struggling to understand. Those in it for the longer term face a cost of entry barrier that is impossibly high if they chose to model themselves on the lines of the existing E&P owner/operators. Many are still drill & flip opportunists at heart i.e. really only intending to sell assets on without developing them. Governments however, are increasingly aware that such players broadly fail to deliver tangible benefits in most cases. Increasingly, just to get hold of licenses in the first instance, new players must demonstrably commit to the longer term, including costly development, even when recoverable reserves turn out to be modest. A significant number are therefore being forced into a space they don’t want to be in.

Greener energy and transportation technology advances are starting to marginalise oil and gas. The latter are beginning to look like smoke-stack industries. Might this be the start of the decline in the upstream industry? The COP21 2015 Climate Change Convention in Paris has made funding upstream developments commercially/politically unfashionable. Demand for hydrocarbons is falling. Electric cars are on the verge of supplanting petrol and diesel in high population regions where most journeys are relatively short. In fact the US, with much bigger journey distances, is ahead of Europe.

Future conditions in design and build are looking increasingly difficult - recent ongoing and extensive layoffs in the big contractors will mean a severe capacity bottleneck in design & build when the recovery eventually materialises. A capacity bottleneck is nearly always seen after a downturn, but this downturn is already severe (in terms of depth/longevity) so the future bottleneck this time around will be worse than anything seen in the past. UK contracting has already seen appreciable job migration to India and the Far East - but these centres are still inexperienced and require heavy expert supervision and oversight. Engineering quality there is not up to the high standards needed to support top quartile HSSE performance. Use of these second tier contractors will trigger poor safety performance post first-oil when operations get underway. Build quality will be lower too. Adverse impacts on availability and mechanical integrity can also be predicted.

The majors, however, as in the past, will use their larger project slates to lock-in the best design & build contractors via frame agreements - current new entrants will effectively be denied access to the better contractors. Inexperienced new-entrant managements are in real danger of falling into the expediency trap i.e. go fast-track/compromise on design quality/secure early cash flow/buy your way out of problems later. This is a beguiling and superficially clever strategy while the good times last, but it is not so effective in bad times - many are currently struggling to offload poor quality assets in a buyer’s market with immense choice. There are plenty of examples of this right now - Gulf Keystone, Tullow Oil, etc.

So – can the new entrants position themselves to succeed?

Why should they try?

How should they go about It?

By selectively using mature Digital Oilfield Technologies (DOTs), by focusing on core skills (subsurface), by smart financial engineering, by offloading risk, and by outsourcing as much as possible to cost-effective specialists.

What is a Digital Oilfield and what advantages does it confer?

A digital oilfield provides robust data aggregation and formatting resources capable of sending real-time reservoir, wellhead and plant operating data to one or more remote locations via satellite (if needed) and then over the internet. Its main advantage derives from multi-discipline end-use software than can be used to transform business performance and productivity. This software is extensive and powerful. It can be used for production reporting, to monitor KPI performance, spot adverse trends, evaluate possible solutions, and identify the very best optimal solutions/outcomes by modelling them using predictive software. It makes competent end-users immensely more productive. They can, for example, identify in-fill drilling opportunities much more easily, and future test them economically in advance using simulators.

Remote end-users can be located anywhere as long as they have internet access. Location in lower-cost regions (M4 corridor etc.) is very doable and attractive to a small, dedicated, but affluent/aspiring workforce.

The industry is notoriously risk-averse. Digital Oilfield is however a subset of the 4th Paradigm - Data-Intensive Scientific Discovery. There is plenty of evidence strongly hinting Upstream is lagging behind its peers - other more progressive industries are ahead of us - so the concept risks are low (virtually non-existent in fact).

What key element of new DOT offers the most upside potential?

The Cloud, the last key piece in the jigsaw, can be positioned as a highly cost-effective data buffer depository and archive.

What must the 94 players concede to succeed?

Instead of waiting meekly in the queue for the privilege of using better-quality new-build resources, with careful crafting, a smart player can shape a viable strategy to position a more powerful funding entity in the same queue in his place, hugely reducing downside HSSE risk for all participants, achieved by building safe, reliable, well-designed plant. So conceding plant ownership - and a share of the upside profits - to a powerful financial entity, might not be such a bad idea. This can be used to offload risk, and a significant non-core workforce, thereby circumventing the high potential cost of entry. If plant operation is also conceded to an expert third party specialist, another significant non-core workforce can be off-loaded.

Why think along these lines?

BREXIT, a black swan event, is now part of the topical mix. There is little left in the stimulus arsenal of the central banks. Oil prices are on the slide again. We look to be heading towards an oil price double-dip. This could prove to be a killer blow for some players. Wait-and-see (and hope for the best) now looks increasingly high risk. Do stuff. There has to be a solution. There will be space for smart operators. Old Oil hasn’t done much with Digital Oil. As all-rounders with large payrolls, it doesn’t do enough for them (Actually, it does too much!).

What key elements of executional strategy can best guarantee success?

So the concept has potential?

Yes it does, without doubt. Core skill focus, cost-effective outsourcing, and passing on some of the upside with associated risks is fair play, and it could result in a level of profitability far exceeding what established players have achieved historically. It can definitely breathe new life into the upstream sector.

Who Is best placed to lead the revolution?

Chemical engineers are, by far, the best equipped engineering discipline to understand Digital Oil and oversee transformation from drawing board concept to real hardware, with exceptional potential to deliver extraordinary results. As a discipline they own the P&IDs, on which all the i/o is shown in precise technical detail. Understanding Petroleum/Reservoir engineers is second nature, and logically flows from their understanding of surface facility processing.

What have you learnt by reading this article?

Simple - why and how to join up the DOTs!

‘Old Oil’ has, curiously, not really capitalised on Digital Oil, and it is quite difficult to understand exactly why. There are several plausible excuses, some of which are mentioned above.

The truth lies in it being too revolutionary and radical if it is followed through to its logical conclusion. For some considerable time, Digital Oilfield has simply been too bitter a pill for the established players to swallow. To those in the know, the cure has been judged worse than the disease. Incompetence and ignorance cannot be entirely discounted either. Neither can complacency. Incumbent managements throughout the Industry will come to realise this extensively (some already have). The bottom line so far is this: the organisational upheaval – and the resistance which it is bound to trigger – is considered too radical/disruptive. Old Oil and Digital Oilfield are akin to oil and water – immiscible – they simply don’t mix.

So how can Old Oil get away with it? They do so by sitting behind two pretty impressive Maginot lines – high cost of entry and a stranglehold on the best design and build players.

Updated Digital Oilfield, with the Cloud in play in its logical position, is no big deal, just another tweak, however, new entrants don’t have the same baggage as their older peers. With the Cloud, the concept becomes irresistibly compelling.

Read the article online at: https://www.oilfieldtechnology.com/drilling-and-production/27072016/upstream-in-peril-has-digital-oilfield-finally-arrived/