Det norske oljeselskap AS, operator of production licence 001 B, has concluded the drilling of appraisal wells 16/1-26 S and 16/1-26 A.The wells were drilled about 1.5 km southeast of the 16/1-7 discovery well in the central part of the North Sea.

The 16/1-7 (West Cable) oil discovery was proven in Middle Jurassic reservoir rocks (the Sleipner formation) in 2004 and is part of the Ivar Aasen field. The size of the discovery prior to drilling the appraisal wells was 2.1 million m3 of recoverable oil equivalents.

The objective of appraisal wells 16/1-26 S and 16/1-26 A was to prove additional recoverable oil resources in the southern part of the 16/1-7 discovery, in Middle Jurassic reservoir rocks (the Sleipner formation) closer to the main structure on the Ivar Aasen field. The appraisal wells were drilled from a production well being drilled from the Ivar Aasen platform.16/1-26 S encountered a gas/oil column of about 25 m in Middle Jurassic reservoir rocks (the Hugin formation), of which 15 m were sandstone of moderate to good reservoir quality. The oil/water contact was not encountered, but was estimated to be at approximately 2700 m vertical depth. This is shallower than the previously estimated oil/water contact for the 16/1-7-discovery.16/1-26 A encountered about 75 m of sandstone in the Sleipner formation with moderate to good reservoir quality, but is dry.Preliminary estimates place the additional resources at between 0.5 and 2 million m3 of recoverable oil equivalents. The licensees will assess recovery of the additional resources.

The results have yielded valuable information as regards final placement of the development well on the 16/1-7 discovery.None of the wells were formation-tested, but data acquisition and sampling have been carried out.Wells 16/1-26 S and 16/1-26 A were drilled to measured depths of 5309 and 4888 m, respectively, and vertical depths of 2912 and 3044 m below the sea surface. The wells were terminated in the Skagerrak formation in the Upper Triassic and the Sleipner formation in the Middle Jurassic, respectively. The wells have been permanently plugged and abandoned. Water depth is 113 m.The wells were drilled using the Maersk Interceptor drilling facility, which will now continue with the pre-drilling programme on the Ivar Aasen field, which has a planned production start-up date of 1 December 2016.

Read the article online at: https://www.oilfieldtechnology.com/drilling-and-production/27052016/delineation-of-the-161-7-oil-discovery-in-the-north-sea-664/

Digital oilfield technologies such as digital twins and other remote monitoring solutions will be gamechangers in upstream oil and gas operations, according to GlobalData. 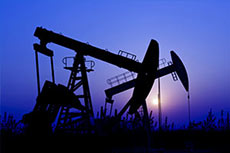 The Norwegian Petroleum Directorate has granted Statoil Petroleum AS a drilling permit for wells 30/11-12 S and 30/11-12 A in production licence 035. 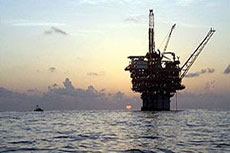 Well to be drilled from the Borgland Dolphin drilling facility. 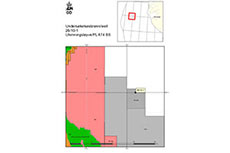