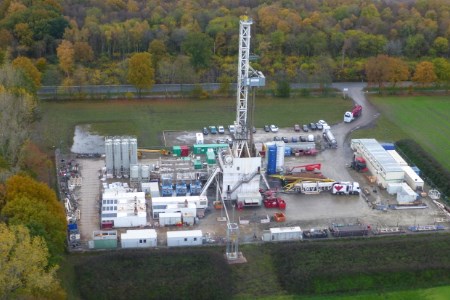 Drilling of the Adorf Z15 appraisal well, in the municipality of Emlichheim, reached final depth of 3500 m in the Carboniferous formation in February 2020. Subsequent production tests indicated flow rates of up to 1700 boe/d gross.

A processing plant for the natural gas will be constructed during 1H20 with production expected to start towards the end of the year. In the Ringe region, drilling operator Wintershall Dea began operations in December 2019 to develop an extension of the existing reservoir. The Bentheim sandstone formation was found to be oil bearing at a depth of 1500 m.

For completion and connection to the existing infrastructure, the project was handed back to production operator, Neptune, and production is expected to start from next week.

Neptune’s Managing Director in Germany, Andreas Scheck said: “The results of these two successful wells underline the great potential for future oil and gas production in the region and will enable us to increase our production significantly. I would like to thank everyone involved.”

Neptune is operator of the Adorf and Ringe fields. Wintershall Dea is a joint venture partner.

Read the article online at: https://www.oilfieldtechnology.com/drilling-and-production/22042020/neptune-energy-and-wintershall-dea-discover-oil-and-gas-in-germany/

The discoveries were proven in 2017 and 2020 respectively and contain a total of 36.3 million bbl of recoverable oil equivalent.