Northern Oil and Gas Inc. has announced that Michael L. Reger has been terminated as Northern's Chief Executive Officer.

Thomas W. Stoelk has been named Interim Chief Executive Officer. Mr. Stoelk has served in several executive positions in the oil and gas industry over the last 25 years. Prior to joining Northern, Mr. Stoelk served as the Vice President of Finance and Chief Financial Officer at Superior Well Services Inc.

"Since joining Northern in 2011, Tom Stoelk has done an extraordinary job of overseeing the financial and administrative functions of the company and has successfully implemented our disciplined capital allocation protocols, which have benefited the company greatly over the last few years," stated Richard D. Weber, Chairman of the Board of Directors. "Tom and the rest of the team at Northern have the full support and confidence of the Board to continue executing our proven strategy of acquiring and producing non-operated oil and gas interests in the Bakken Shale."

In light of the challenges of operating in a lower commodity price environment, Northern's Board has been evaluating strategic alternatives to increase shareholder value. To that end, the company engaged Tudor, Pickering, Holt & Co. as its financial advisor.

"We are committed to positioning Northern to take advantage of opportunities for growth in an industry that is beginning to emerge from the worst commodity price correction in the last thirty years," stated Mr. Stoelk. "We are fortunate to maintain access to over US$220 million of unused capacity under our senior secured revolving credit facility and don't face a bond maturity until 2020."

Read the article online at: https://www.oilfieldtechnology.com/drilling-and-production/19082016/northern-oil-and-gas-inc-announces-executive-officer-changes-2954/ 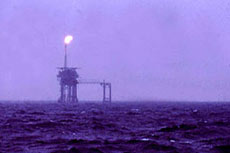 Northern Petroleum has signed sale and purchase agreements to sell the company's interests in all of its UK licences and assets.