Electromagnetic Geoservices ASA (EMGS) have announced recorded revenues of US$15.1 million in 2Q16. Contract sales totalled US$0.4 million, while multi-client sales amounted to US$14.7 million. The Company has reduced its quarterly cost base, consisting of all operational costs including multi-client investments, from US$32.0 million in the second quarter last year to US$14.7 million this quarter. EBITDA ended at US$2.8 million.

"We continue to be challenged by a very difficult market wherein opportunities are being pushed back as the oil industry is re-adjusting its level of spending. However, a combination of a reduced cost base, increased efficiency as a result of recent restructuring measures, will put us in a strong position when the market turns," commented CEO of EMGS, Christiaan Vermeijden.

The vessel BOA Thalassa has commenced on a multi-client project in India.

The Atlantic Guardian has acquired data on multi-client projects in the Hammerfest basin, in the Norwegian Sea and in the North Sea in 2Q16. Following this, the vessel started the mobilisation of a Joint Industry Project.

Read the article online at: https://www.oilfieldtechnology.com/drilling-and-production/18082016/emgs-reports-2q16-results-2946/ 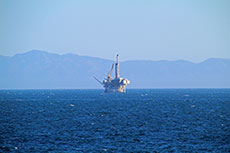 Electromagnetic Geoservices has received a contract for multi-client data offshore the Faroe Island.