Petro River Oil Corp. has released an update on its ongoing corporate activities, as well as the development plans for its core acreage in Osage County.

The Pearsonia West Concession in Osage County, Oklahoma comprises 106 500 contiguous acres centered on the structural trend of the Pearsonia-Blackland-Foraker fields. These fields have produced in excess of 20 million bbls of oil through vertical well development.

The Company recently reprocessed 35 square miles of 3-D seismic data, which defined 4480 acres of structural closures containing Pennsylvanian channel and Mississippian chat formations. As a result, Petro River and its operating partners have accelerated its plan to drill four wells in Fall 2016.

"Osage County has been producing oil for over a century, and Petro River's operating partners have successfully drilled more than 900 wells in Osage County near our Pearsonia West Concession," commented Mr. Stephen Brunner, President of Petro River. "We are very optimistic, based on our 3-D seismic data, which is the basis for our accelerated four well program in the Fall 2016," added Mr. Brunner. Mr. Brunner, as former president of Constellation Energy from 2008 to 2014, was responsible for over 2000 wells in Osage County.

As a result of historical political issues in Northern Ireland and poor imaging of seismic data (which have both been resolved), the Larne Basin remains the only Carboniferous Basin in Europe that is essentially untested for hydrocarbons.

As previously disclosed, Petro River announced that the analysis of its first exploratory well in Larne Basin -- Woodburn Forest #1 -- confirmed the presence of an active petroleum system. The discovery of thermogenic gas limits the risks associated with Petro River's Larne Basin exploration programme by providing further evidence of a mature source rock within the basin.

The Kern County Field was discovered in the early 1900s and, to date, has produced in excess of 100 million bbls of oil and gas equivalents from numerous formations. It is ideally located adjacent to one of the richest oil source kitchens in the world. Within a 20-mile radius, over 10 billion bbls of oil have been produced and the area is home to four of the ten largest onshore oilfield discoveries in the United States. The Kern County field is geologically complex and was historically developed primarily by small, competing companies without the benefit of modern seismic data. Petro River's management believes that acquiring a state-of-the-art, modern 3-D seismic survey of the field will reveal numerous undrilled opportunities, resulting in the discovery and production, through primary recovery alone, of up to an additional 36 million bbls of oil. Significant exploratory potential also exists.

The company’s plans for the remainder of 2016 and into 2017 is to process and interpret 3-D seismic survey and possibly drilling an initial test well in 2017.

Read the article online at: https://www.oilfieldtechnology.com/drilling-and-production/16082016/petro-river-oil-corp-update-2927/

The Saudi Arabian Oil Company has signed a Memorandum of Understanding (MoU) with China Petroleum & Chemical Corporation (Sinopec) covering multiple areas of potential collaboration between the parties in Saudi Arabia. 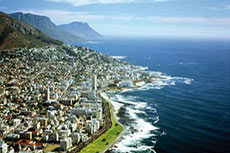 Petro SA and Cairn India have signed a farm in agreement for the offshore Block 1 off the west coast of South Africa.