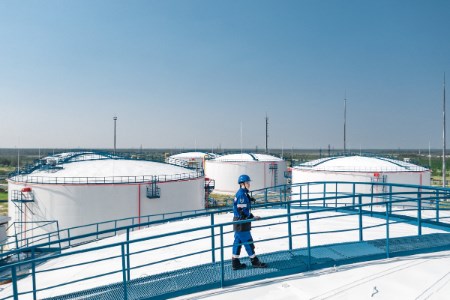 Gazprom Neft will continue developing those license blocks previously intended to form part of the JV (the Meretoyakhinskoye field, the Tazovsky and Severo-Sambrugsky blocks, and two Zapadno-Yubileiny blocks in the Yamal Nenets Autonomous District) independently, in accordance with the previously approved work plan. On which basis, development of and commercial production at the Tazovsky field is expected to start by end-2020.

This decision by Shell with regard to this transaction will not impact its commitment to developing its business in Russia, including cooperation with Gazprom Neft, on current and potential new opportunities.

For example, a deal had been closed at the end of March on expanding activities in developing the Salym group of fields in the Khanty-Mansi Autonomous Okrug, through Salym Petroleum Development (SPD, a Gazprom Neft—Shell joint venture). Pursuant to a decision by both parties the SPD asset portfolio was expanded to include Gazprom Neft’s license to rights for geological prospecting, exploration and production of traditional hydrocarbon reserves at the Salymsky-2 block in Khanty Mansiysk Autonomous Okrug.

Read the article online at: https://www.oilfieldtechnology.com/drilling-and-production/14042020/shell-withdraws-from-meretoyakhaneftegaz-jv-with-gazprom-neft/