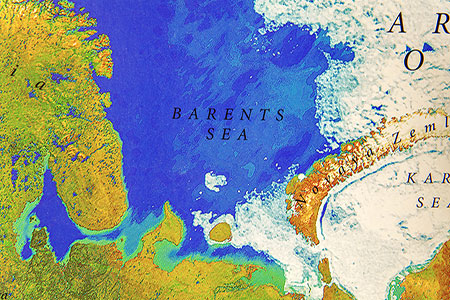 Aker Solutions will as a subcontractor of Kvaerner deliver modules for the floating production, storage and offloading (FPSO) vessel for the Statoil-operated Johan Castberg development, the largest oil discovery in the Norwegian Barents Sea.

The work has a value of about NOK 450 million kroner and will be booked in Aker Solutions' first-quarter orders. The company will deliver two modules for water and chemical injection from its yard in Egersund on the west coast of Norway, while its facility in Sandnessjøen in northern Norway will supply smaller modules and a flare boom.

"We look forward to working with Kvaerner and Statoil on the topside modules, which provide key work at locations across Norway," said Senior Vice President Svein Oskar Nuland, who heads fabrication and offshore construction at Aker Solutions. "We will build on our previous work to find the most cost-efficient solutions for this landmark project, which is of major importance in further developing northern Norway as a petroleum region."

Aker Solutions has been directly involved in the Johan Castberg development since its earliest phases, from front-end studies through to full front-end engineering design work. The company in December won contracts from Statoil to supply the subsea production system for Johan Castberg and design the FPSO's topside. It also secured an order from Sembcorp Marine to design the FPSO's living quarters.

Read the article online at: https://www.oilfieldtechnology.com/drilling-and-production/14022018/aker-solutions-to-deliver-modules-for-johan-castberg-fpso/