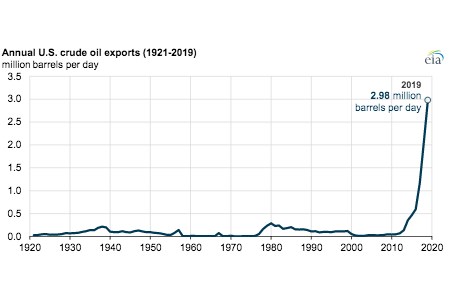 In the first half of 2018, the US exported 389 000 bpd of crude oil to China, which made China the top destination for U.S. crude oil exports during that period. However, in the summer of 2018, trade negotiations between the United States and China and unfavourable prices led China to reduce imports of US crude oil to an average of just 77,000 bpd.

Read the article online at: https://www.oilfieldtechnology.com/drilling-and-production/12032020/eia-us-crude-oil-exports-reached-nearly-3-million-bpd-in-2019/