The development of exploration technology has advanced significantly over the past few years. There are many benefits, which it brings, including helping energy companies to minimise exploration risk when searching for new resources and increase the productivity of their oil and gas fields.

For many years, Repsol, an integrated global energy company, which is based in Madrid, has been at the forefront of developing exploration technology. The Repsol Technology Center is the heart of the company’s research and development activities. Opened in 2002, the Center is a leading European research facility, which promotes strategic projects aimed at fulfilling current and future energy needs by creating more efficient and environmentally sustainable energy systems.

Processing large sets of data is one of the areas in which Repsol is becoming increasingly active as the successful implementation of data mining and analytics protocols, conducted by advanced technology, can improve the evaluation of exploration projects, speed up the decision making process and therefore reduce exploration costs.

One of those technologies is the Sherlock Project, which was launched in 2009 at the Repsol Technology Center and is a result of collaboration between the Center and the Upstream Executive Managing Division's Group of Geological Exploration Disciplines. Sherlock is a multidisciplinary project that pools expertise in geology, geochemicals and high-resolution chemical analysis and aims to improve exploration success rate and reduce uncertainty through geological evaluation, validation and calibration of hydrocarbon reservoirs.

By taking different samples of rock cores received from various geographic locations, Repsol scientists and researchers strive to learn everything possible from the samples and determine, when, how and where the oil was formed in order to understand certain migration patterns.

Sherlock enables Repsol to develop and implement a methodology based on petrographic microscopy and high-resolution geochemical analysis techniques, which is necessary to characterise the different elements of oil systems such as reservoir, seal, source rock and migration paths. Ultimately, this reduces geological risk and increases the exploration success rate. 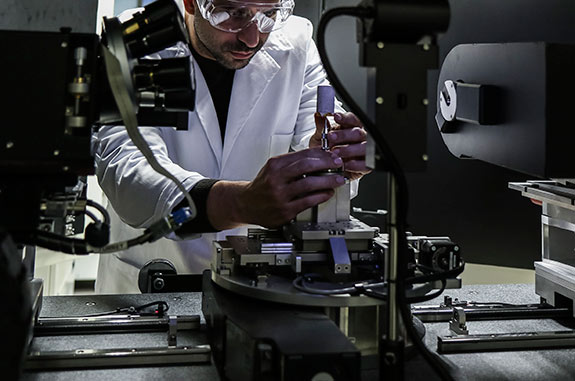 The launch of Sherlock II

In order to obtain information, which is equally trustworthy without the need to extract hundreds of rocks, Repsol researchers started focussing on rock fragments. By taking three-dimensional X-rays scans of those fragments, they were able to obtain a ‘digital rock’ and reproduce them in a virtual laboratory.

After several years of research, Repsol successfully launched Sherlock II in January 2016. The project enables the company to obtain information and answer geological questions about oil and gas deposits through the power of computing. An important component is the technology’s ability to source, analyse and filter big data in order to make well-funded decisions.

By developing a set of digital petrophysics techniques, Sherlock II digitises subsoil rocks, turning the physical information of rock formations into digital information. With the help of complex algorithms and mathematical equations, this information helps Repsol to answer uncertainties related to the properties of subsoil, fluids, deposits and the interaction among those. The techniques developed include the application of digital nanotechnology to reconstruct nanometric structures using ion beams and new computing capacities.

One of the main advantages of digitising the information through Sherlock II is speed. Once a computed tomography of rock samples has been taken it is sent to the supercomputer, which is located at Repsol Technology Center in Madrid. Sherlock II is then able to provide relevant information to the engineers in days rather than months. This improves the efficiency and the outcome of the operation. Exploration projects can be time-consuming and very costly – the time used to take decisions can therefore be decisive in the success of the project and save the company a lot of money.

Sherlock II is able to gather data sets more easily, therefore reducing uncertainly, and, ultimately, operational risk and costs. The technology is valued at almost EUR 8 million (approximately US$ 8.8 million) and has managed to funds itself through the early application of the technology at Repsol’s sites worldwide.

In addition, with the help of Sherlock II, Repsol has been able to save up to 70% on the costs of contracting third-party companies providing them with digital petrophysics technologies with a lower capacity for problem solving.

Sherlock II has generated three patents and the technology has been applied progressively. The continuous development at various exploration projects and field developments through several pilot projects has enabled Repsol to generate operational savings that have been able to fund the entire research project within a short time.

With the development and application of Sherlock II, Repsol has managed to position itself as one of the pioneers in the area of digital petrophysics technology. The company is committed to continue the development of technological solutions to enable scientists and researchers to make better decisions about future reservoirs and to obtain the same amount of oil with fewer wells and less disturbance to the environment.

Read the article online at: https://www.oilfieldtechnology.com/drilling-and-production/08082016/repsol-leverages-digital-intelligence/

The contract is for Velesto’s jack-up rig NAGA 4 to drill seven firm wells, with an estimated contract value of US$17.68 million.