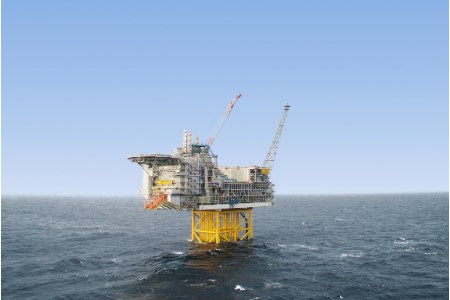 In May, a Fishbones drilling completion was installed in a new horizontal well in the Ivar Aasen field in the North Sea. The field is operated by Aker BP, with Equinor the largest asset owner. Originally, it had 180 million boe in reserves. The well targeted the ‘alluvial fan’ formation below the main producing formation on Ivar Aasen, which is a 25-m thick shaly, layered sandstone formation. A liner with 20 Fishbones drilling subs, in combination with sand screens, was deployed with the objective of connecting the layered formation while maintaining sand control.

The installation is considered a success with no operational challenges. The well behaviour so far looks promising. The successful installation of Fishbones’s drilling technology indicates improved productivity and has contributed to the success of the well. Further wells with Fishbones Drilling in Ivar Aasen are being considered, as well as in other Aker BP- operated fields.

The world's first simultaneous jetting of 72 laterals with solids control took place on Aker BP’s Valhall field in 2018. The installation of the slotted needles jetting system in a pilot well on Valhall was the first of its kind globally. Analysis of the production results shows that productivity of the pilot well appears to fall within the trend of proppant fractured producers in the same field. After the initial production period in 1Q19, the well stopped flowing to chalk influx, which is common in Valhall wells due to the soft nature of the chalk. The chalk was recently cleaned out by coil tubing intervention and the well is back on production. Aker BP plans to continue producing the well at low drawdown. The well is currently flowing at 800 bpd.

Fishbones’ CEO, Eirik Renli commented: “We are very proud of our successful contributions to value creation for all license holders on both Ivar Aasen and Valhall. These projects reconfirmed the capability of both our Fishbones Drilling and Fishbones Jetting systems. We look forward to continue working with our two shareholders Equinor and AkerBP.  Offering an alternative approach to reservoir stimulation, we are pleased to be bringing to market a greener solution, which is proven to also increase efficiencies. We continue to extend and strengthen our geographic footprint in order to meet increasing demand and to bring a personalised experience to our customers.”

The news comes as the recently expanded Middle East sales team moved to a new office in Dubai. This facility offers a central location and improved work environment. The office will continue to be headed by Grant Paterson, Vice President Middle East, and will focus on growing and strengthening Fishbones’ operations footprint in this strategic region. Fishbones global operations centre will continue being located in Muscat, Oman.

Read the article online at: https://www.oilfieldtechnology.com/drilling-and-production/04092019/fishbones-completes-reservoir-stimulation-work-for-aker-bp/